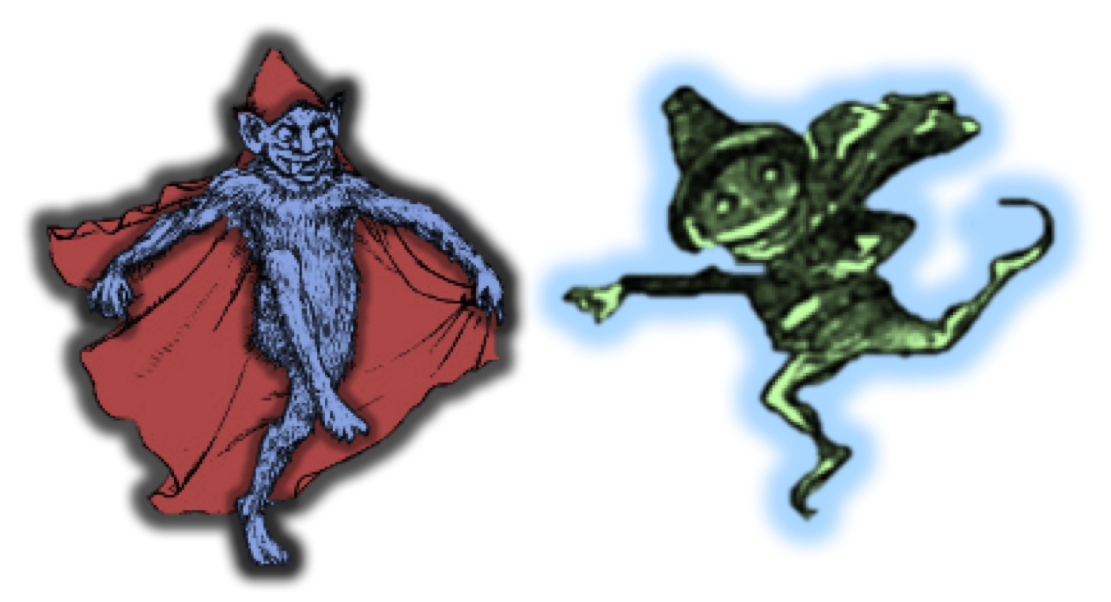 So, the Elfnigma (Puzzle, Solution) that was set as Day 9 of the Mathematical Advent Calendar suggests some further chess board related puzzles featuring other varieties of faerie folk. Obviously, the elves of the puzzle were based on queens from a chessboard, but while queens can take any piece in the same row, column or diagonal, elves could only see tiles in these directions that were either adjacent (diagonally, horizontally or vertically) or of the same colour.

For example, we have this puzzle, in which the imps are based on bishops: 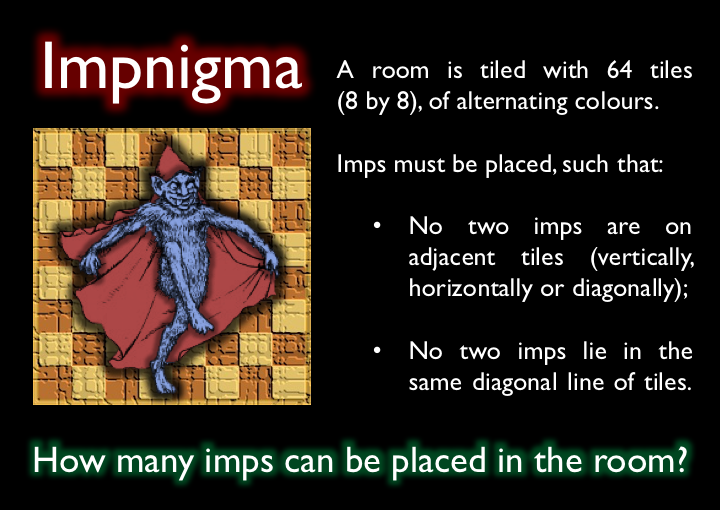 And this puzzle, in which the pixies are based on rooks: 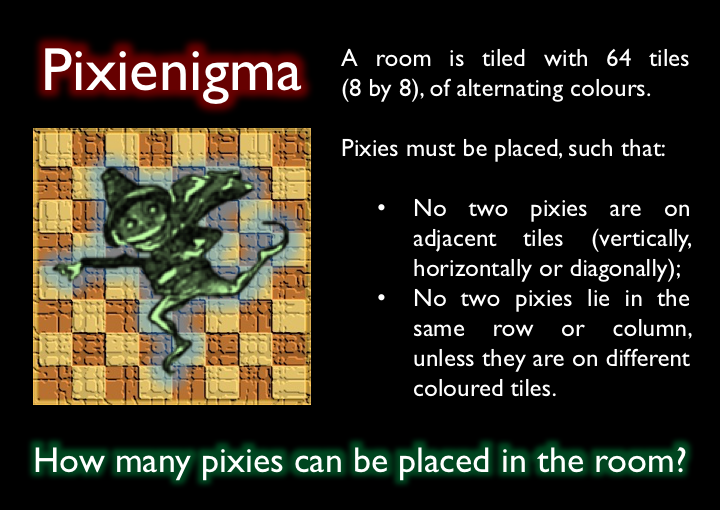 Here’s an example to show the tiles that an imp (left) and a pixie (right) can see:

In each case, once you have a solution, can you find a proof that it really is optimal (i.e. most creatures placed)?

Of course, the puzzle could also be stated with creatures based on knights, kings or pawns, but these cases are not very interesting. I’ll leave you to consider why.

There is actually another way in which the original elf puzzle could be adapted for other pieces. Since queens can take on adjacent squares anyway, you could instead only allow creatures to see adjacent squares that are threatened by their corresponding chess piece (i.e. pixies could not see diagonally adjacent squares, since rooks cannot take on those). However, this makes for less interesting puzzles, though the version for the knight-equivalents (sprites?) is worth a moment’s thought.

I’ll give solutions in a day or two.