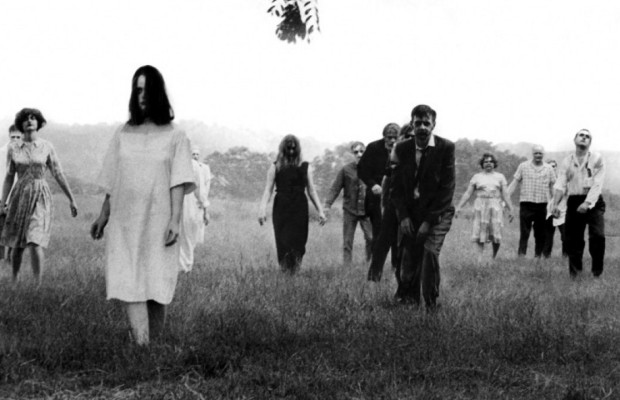 Here are some unsolicited meanderings about the inspiration for my script for the Page to Stage Festival, which will be performed in Liverpool in April. You can follow news about the play on Facebook, Twitter and Google+.

I first had the idea for An Everyday Apocalypse – which was originally envisaged as a half-hour audio drama – back at Christmas 2012. I had just finished working on the first season (and unfortunately, as it turned out, more-or-less the only season) of short plays for a university radio drama project, and one of the biggest challenges had been getting anyone to actually listen to the stuff we produced. As far as I can remember, off the back of a low-level social media campaign, we were getting a few tens of listeners, plus perhaps a handful more via the university radio station. While this was all right, it seemed reasonable to hope that there might be quite a bit of room for growth, so I started to think about what could do to attract a bit more interest.

When I had started the project, one of the things I had done was to look around the internet to get some idea of what was already out there in terms of free audio drama (or indeed, any audio drama), and to get some knowledge of the scope of the medium that extended beyond the BBC Drama of the Week podcast. It wasn’t detailed research, by any means, but it seemed to me that, while there was a fair range of stuff available, there was actually a relatively limited number of brands that had attracted any sort of an audience, while everyone else was scrapping around on fairly low numbers of listeners.

One of those brands was ‘We’re Alive‘, a post-apocalyptic* audio drama series about a band of survivors trying to make their way in a world infested with zombies. The series is very professionally produced and marketed and seemed to be very popular indeed (certainly by what I was coming to think of as audio drama standards), and so I wondered if there was anything that I could take from its success to attract a bit more attention to the pieces that we were making ourselves.

Now, of course, I’m sure that there are many many clever things to be learnt from ‘We’re Alive’, but since my thought processes were more idle musings than forensic analysis, I settled for the blindingly obvious. It has zombies in it. And zombies are popular. Or at least, zombies are popular with enough of the sort of people who might also be sufficiently motivated to seek out and (crucially) actually listen to an episode of an audio drama online.

So I decided to target that same audience by writing a zombie piece of my own for the radio drama project.

Obviously, I wasn’t going to replicate ‘We’re Alive’; self-evidently that was already being done very effectively, and even if I had wanted to write something in the same style, I am not sure that a piece like that could really have worked as a stand-alone play. So I started thinking about smaller personal stories that I could tell against a similarly apocalyptic backdrop. Was there a human story that I could write, which could be driven by the unfolding apocalypse without actually being about the apocalypse. And going beyond that, is there any way that I could somehow tie the apocalypse into my story such that, rather than just writing some sort of mundane character study that just happened to take place at the End of the World, I could write something that, yes, was about real people, but which, for some reason, had to happen, could only happen, at the End of the World.

So that’s what I tried to do.

* All right, I have seen a lot of pedantry around the idea of “post-apocalyptic” fiction, the idea being that can be no such thing, because if the apocalypse is the end of everything, then by definition, any events must take place before (or at best during) the apocalypse. I think this is pretty silly. Any event that causes the catastrophic end of civilisation as we know it can reasonably be described as an apocalypse, so a story that features such an event in progress could be described as “apocalyptic”, while a story dealing with the state of the world after the event has taken place is “post-apocalyptic”. So there.