We’re getting to the business end of this advent calendar now and the puzzling is getting serious. High stakes stuff today, as Santa needs help getting into that iconic costume… 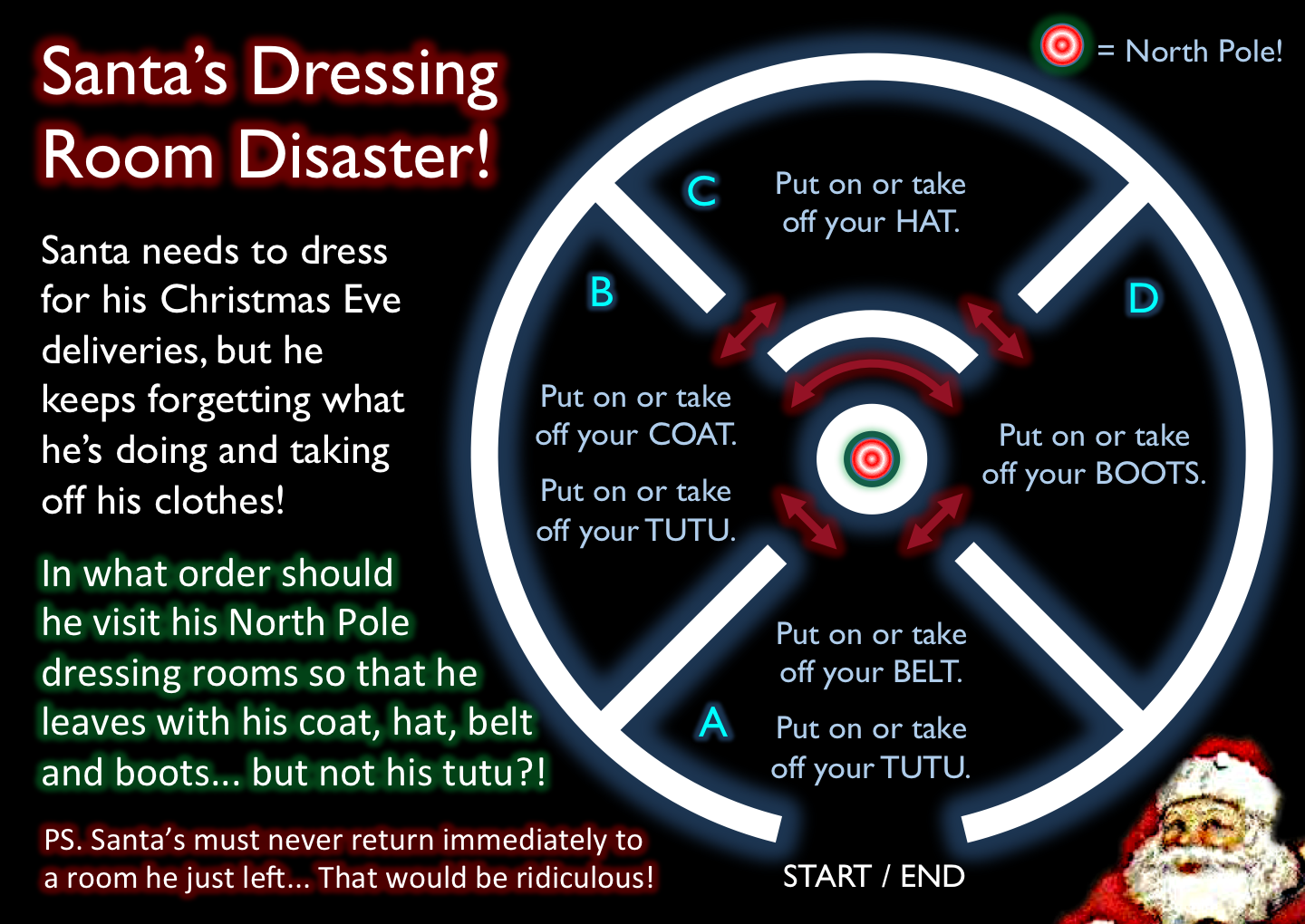 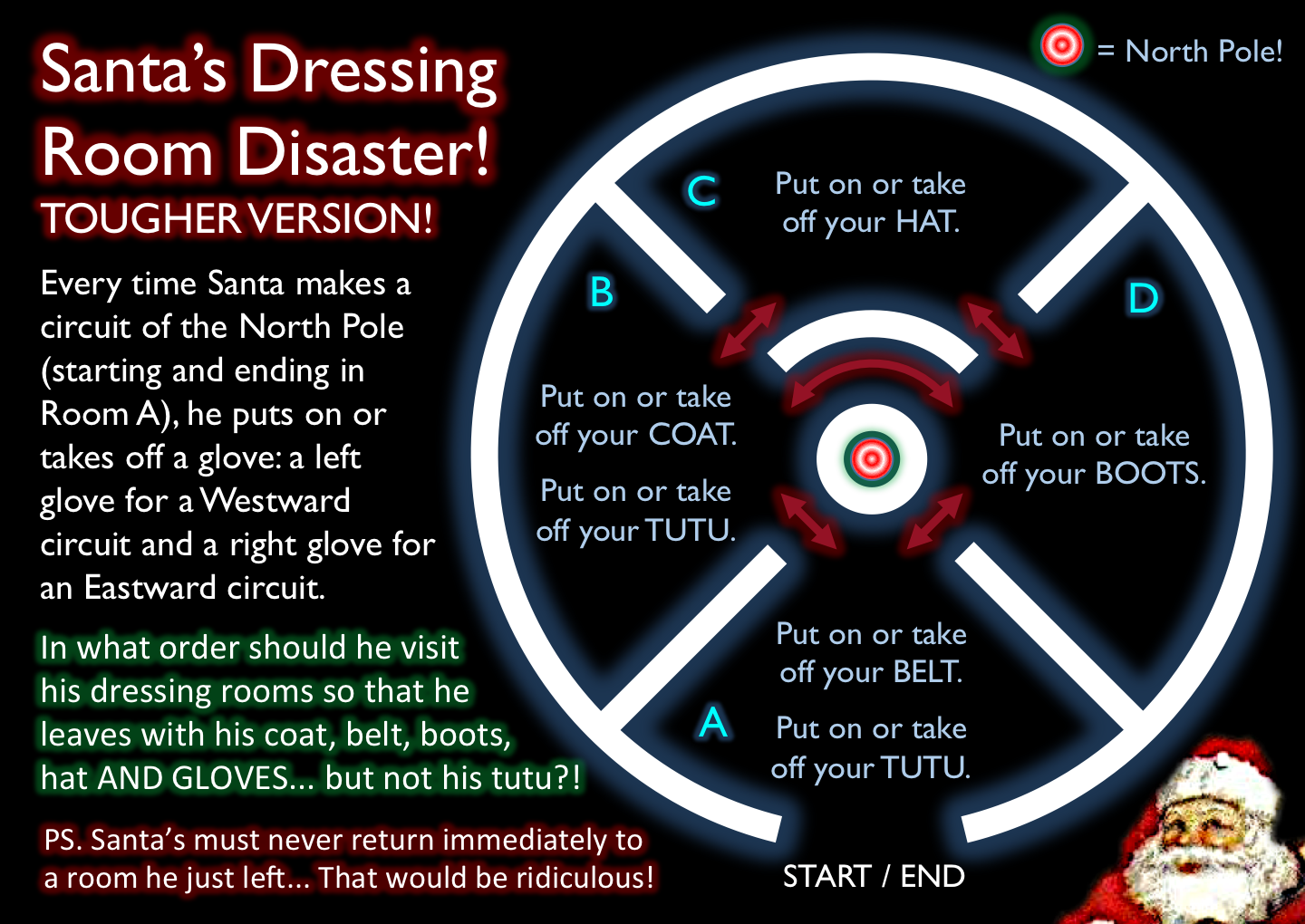 (For the advanced puzzle, note that not every path starting and ending in A involves a complete circuit of the pole. For example, if Santa follows the path ABCDBA, he has not completed a circuit.)

Each time you enter a room, you MUST follow all of the instructions written there.

For extra credit, try to find Santa’s shortest possible path in each case. And for extra extra credit, prove that your path really is the shortest.

Answers via the comments or on Twitter. All correct answers will be rewarded with deep respect and warm Christmas wishes.

The answers for these two puzzles won’t be available until Boxing Day, so you have an extra couple of days to think about them.

And join us tomorrow for the final day of the Impossible Santa Mathematical Advent Calendar!

The clue was in the name of the hacker: “Caesar of Pisa”.

Dear Santa. Please could you bring me a stellated icosahedron. Thank you. Zara (aged 8)

Of course, there is actually some ambiguity about the child’s name, since “A” and “Z” both end up mapping to “1”. She could also plausibly be called “Azra” or “Aara”, but “Zara” is by far the most common of the three (in the English-speaking world, at least), so Santa would probably be best advised to go with that, if forced to make a guess.

Well done to Troy ToTheWorld, Harry Pilgrim, PRL, Adam, ExceptionalLiar, Replicat, Catherine Evans and Olaf Doschke (who showed his working – see below). Mince pies all round, with a bonus brandy snap for those who picked up on the name issue:

Yes. We thought Zara too. Apologies to all the Aara's out there. 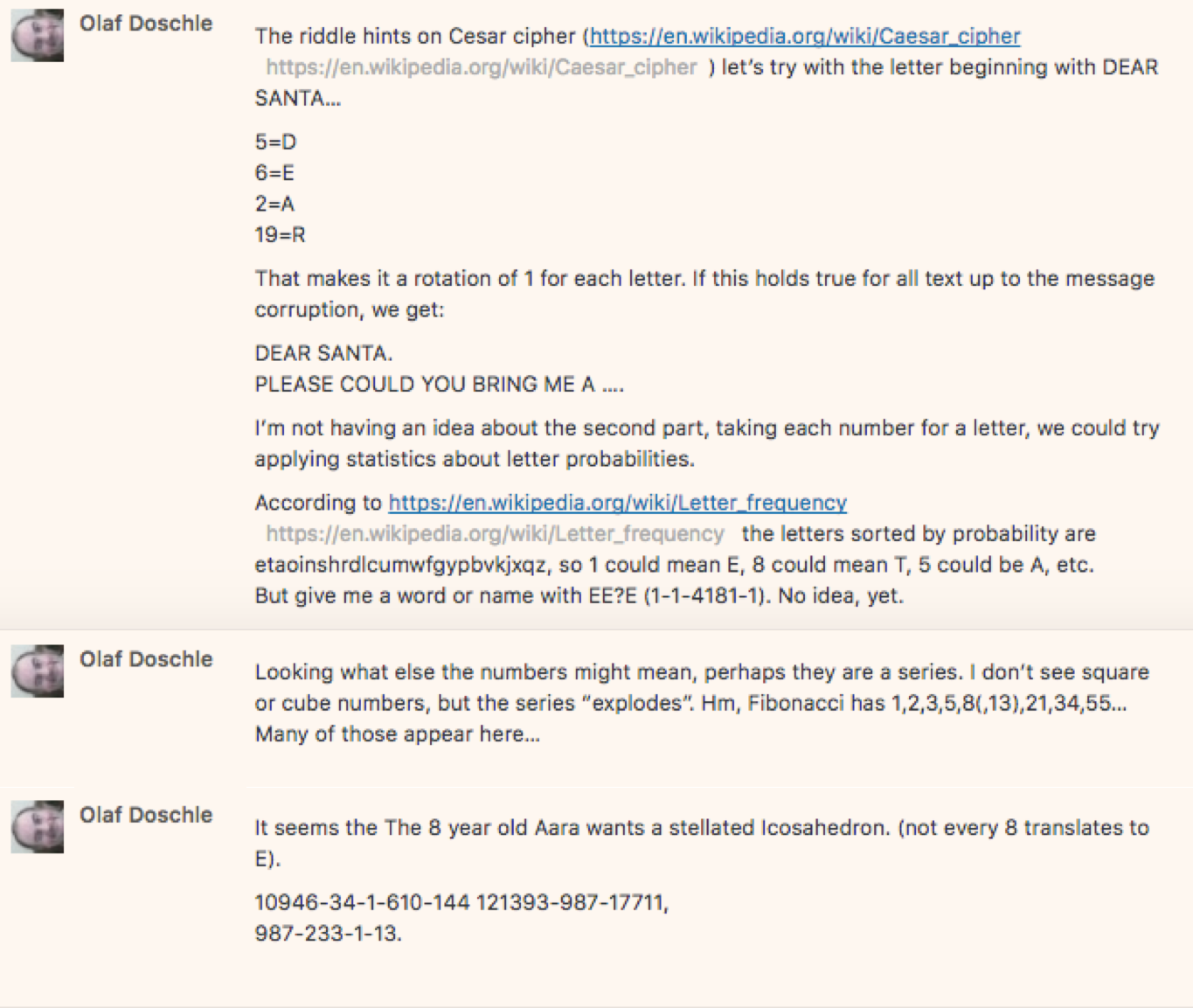