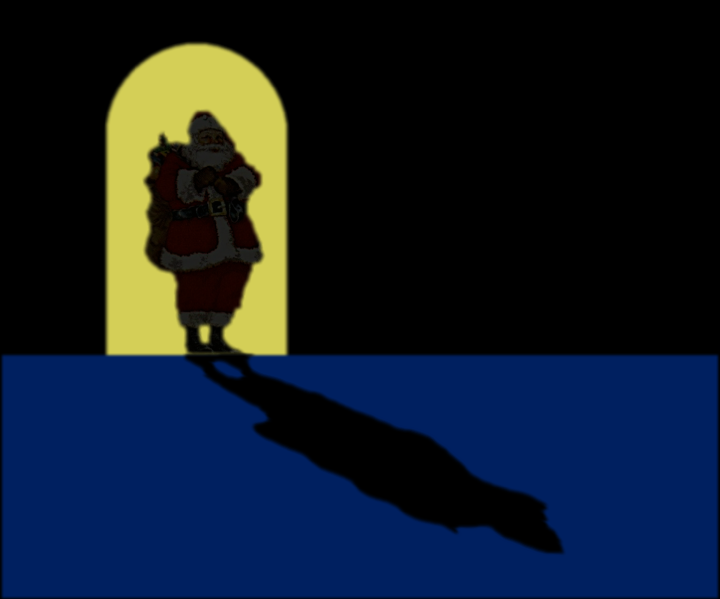 This post is about the mathematically perfect way to organise your office Secret Santa, as discussed in a new book that I have written with Dr Hannah Fry: “The Indisputable Existence of Santa Claus: The Mathematics of Christmas”.

Here’s the problem, in its full mathematical glory.

However, as we have seen, in our proposed system, with at least three participants, that probability is actually zero. There is no chance that your giftee is also your gifter.

So here’s an alternative system. Everything is the same as before, to begin with. You make the same cards, shuffle them up, lay them out in a row, cut them in half… But this time, rather than shifting the top half of every card one place to the right, you do something slightly different:

Exchange the top halves of the final two cards, then treat the other cards exactly as you did before. Shift each top one space to the right until you come to the final card before the two you’ve already switched, then put the top of that card back to the start. Finally, stick the new tops and bottoms together again.

With this system, the last two cards show two people buying for each other, which is what we want. The only problem is that the probabilities don’t work.

So our original system (let’s call it System Santa) gave us too little probability of being our Secret Santa’s Secret Santa, while our new system (System Rudolph) gives us too much. What we need is some combination of the two. If there was just the right level of uncertainty over which system we were using, we could get to that 1/(n–1) probability that we’re after.

How much uncertainty, though? Well, maths can give us the answer. 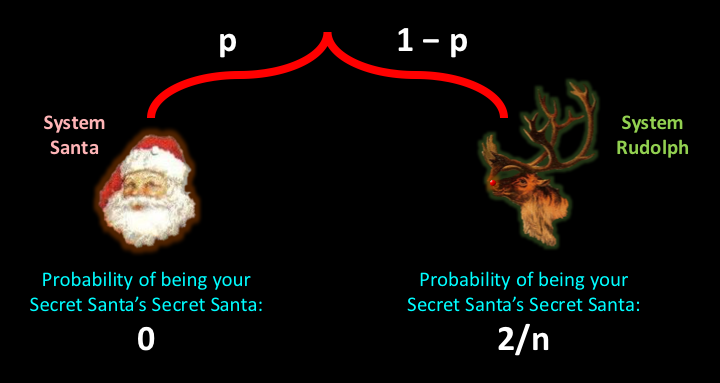 But remember, you can’t just work out which system to use by using a random number generator** or anything like that. That would still be a violation of the secrecy condition, because even you, the organiser, are not allowed to know which system is being used.

The tiny drawback here, obviously, is that you have to make quite a lot of cards. For n participants, you need to make a fairly daunting n(2n–2) cards in total***, a number that grows quadratically with the number of participants. You will need:

So if you really, really, really want to make your Secret Santa as perfect as perfect can be, and you don’t mind some serious blisters on your scissor fingers and a repetitive strain injury to nurture for the rest of your days, you go ahead.

We’re going to stick with our original system though…

* Assuming that there are at least five participants.

** For example, copying the text below into a cell in Excel (replacing n, with appropriate number of participants) will tell you which system to go with, following the correct probabilities:

*** Actually, since n and n-2 have a common factor of 2 when n is even, you could get away with making only (n–2)/2 Santa sets and n/2 Rudolph sets, for a total of n(n–1) cards, thus halving your workload. There are no such short-cuts with an odd number of people though…