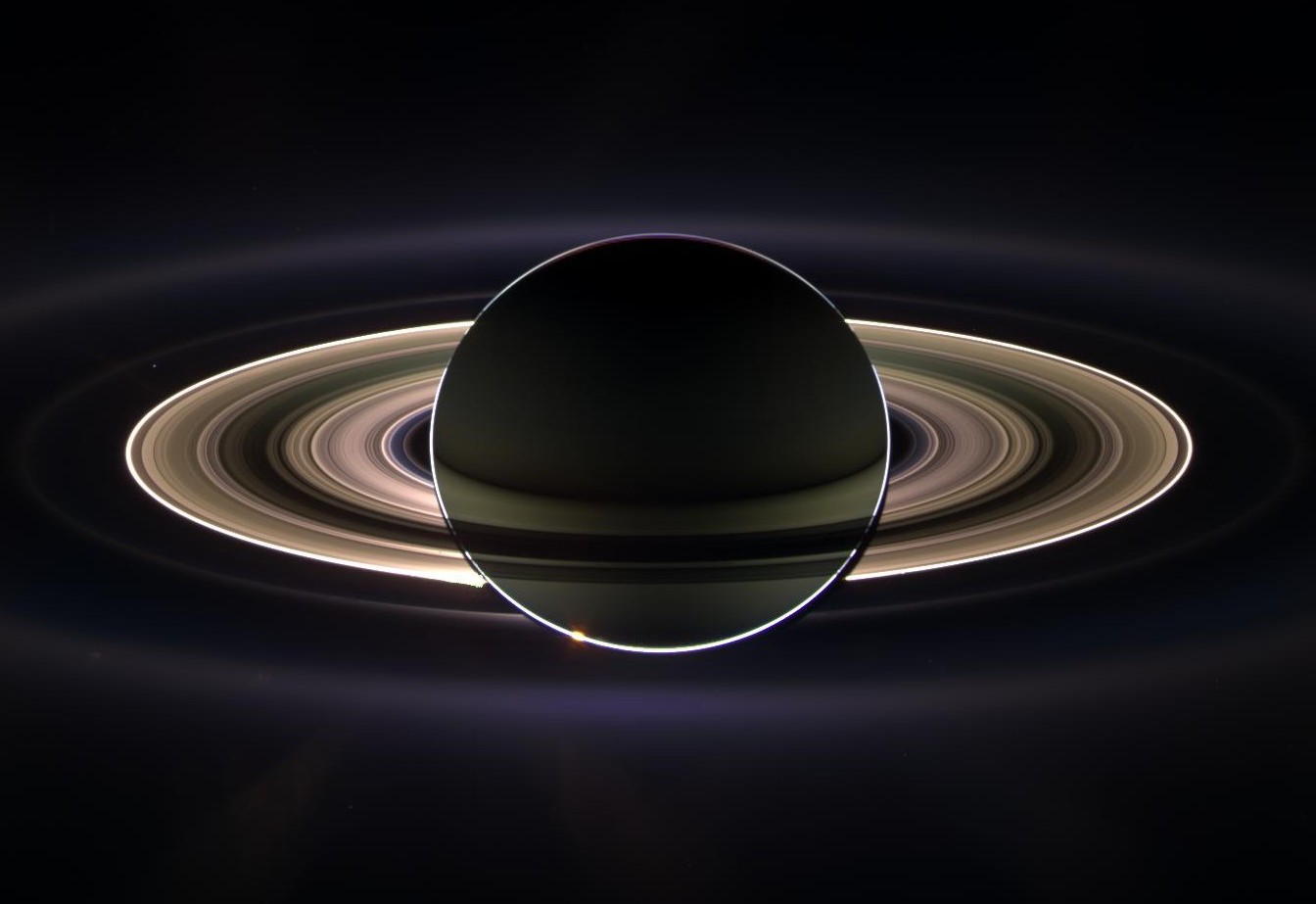 IMAGE: Public Domain: Saturn with the sun behind, taken by the Cassini orbiter in 2006.