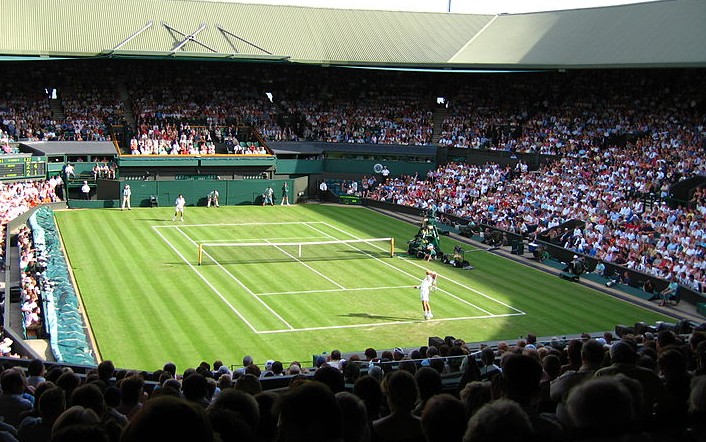 Following my piece on tennis and probability, here is another tennis article. There is not really much maths in this one, just carefully researched irrelevance (though there may be a more mathsy follow-up at some point). Oh, and I am not really claiming that any of these players are the worst. See the disclaimer!

But let’s cast our mind back 15 years to the Wimbledon of 2000. Back then, Henmania was at its height, the Williams sisters were just beginning their assault on the history books and Pete Sampras was still the king of SW19. That year, Sampras put together a string of victories against Jiří Vaněk, Karol Kučera, Justin Gimelstob, Jonas Björkman, Jan-Michael Gambill, Vladimir Voltchkov and Pat Rafter to win his seventh and final Wimbledon title.

However, just as Sampras scythed his way through the draw to finish as the last man standing, another player accomplished a parallel and equally unique feat. Making his Wimbledon début that year, twenty-two year old American Michael Russell‘s stay in South-West London was not a long one.  On day two of the tournament, in the twilight slot on Court 17*, Russell lost his first round match to Canadian player Sébastien Lareau in four sets.

In itself, this is clearly not all that remarkable. Indeed, Russell would go on to exit a further twenty-seven grand slam tournaments in the first round, most recently at this year’s Australian Open. However, among all these sporting cameos, his afternoon at Wimbledon in 2000 stands out as something special, because that was the only time in his career (so far) that Russell managed to claim an anti-slam. 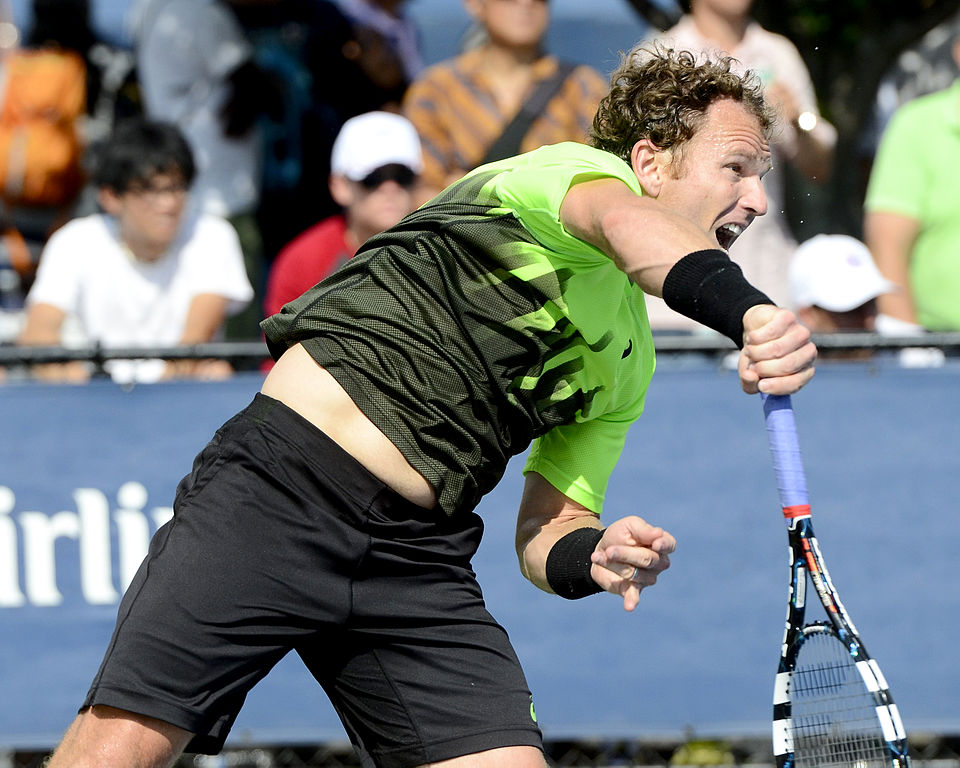 What is an anti-slam? Well, while Russell headed back to the Challenger circuit, his opponent, Lareau, sailed triumphantly into the second round. There, he lost a tight five set match to Moroccan player Hicham Arazi. Arazi’s enjoyment was equally short-lived, however, since he was (politely) thrashed by Tim Henman in Round 3. Then Henman broke British hearts with a five set defeat to Mark Philippoussis in Round 4; Philippoussis was demolished by Andre Agassi in the quarters; Agassi was edged out by Pat Rafter in the semis; and Rafter was ultimately beaten by Sampras in the final.

At this stage, a disclaimer. Clearly, being an anti-champion does not actually make you the worst player in a tournament. I do not wish to have a go at Michael Russell – who has clearly had a long and (by most people’s sporting standards) successful career – or any other player, for that matter. Achieving an anti-slam is clearly massively dependent on your place in the draw and the performance of many other players. However, I do think that the idea is a fun one, even if it does not really mean very much.

I looked back through the men’s and women’s results at all 62 grand slam tournaments that have been held since 2000** and created a hall of shame of all the grand slam anti-champions over this period. There are some interesting names on the list, including three players who have managed the confusing double of winning both grand slam and anti-slam titles over the course of their careers. 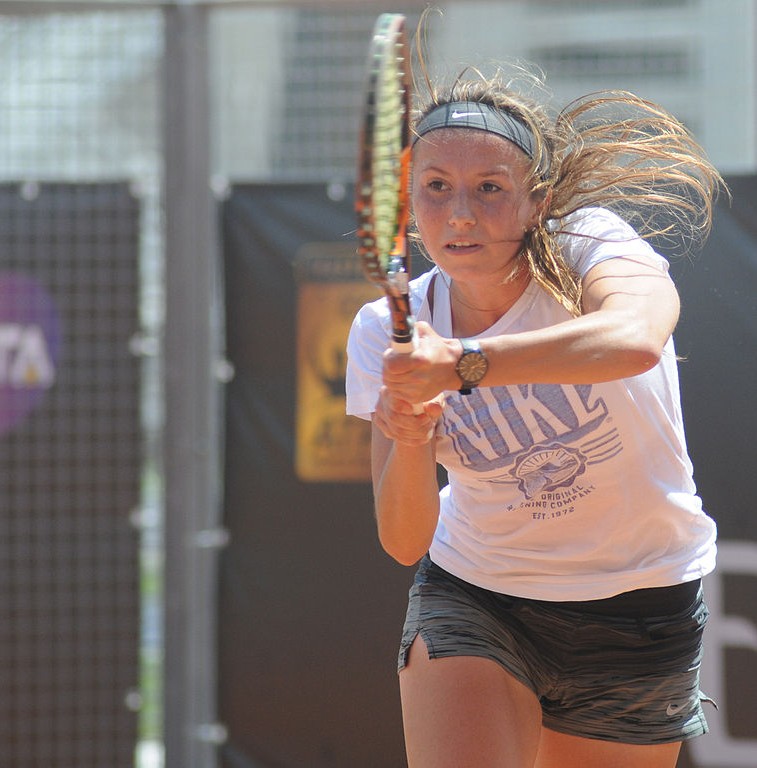 Although 2008 French Open champion Ana Ivanovic never won another major title, she did manage to take the anti-Wimbledon title in 2010. Going further back, Mary Pierce became an anti-Australian Open champion in 2002, seven years after she had won the actual title, also collecting a French Open victory in 2000 for good measure. On the men’s side, Marat Safin followed up his 2000 US Open title with an anti-US Open title in 2004. Clearly deeply ashamed by this stain on his record, he wasted no time in seeking redemption, winning the very next grand slam on the calendar, the 2005 Australian Open. This makes him the only player to hold a grand slam and an anti-slam title simultaneously, in this century.

What I was really looking for though were the multiple anti-slam winners. Who are the most decorated anti-champions since 2000, the “worst” tennis player of the millennium so far? After all, winning one of these anti-titles is no easy feat. To be a multiple winner, you have to qualify for more than one grand slam tournament, yet effectively finish bottom each time (with an enormous component of luck thrown in), which is a difficult balancing act to maintain if you are genuinely trying your best. No matter how difficult Novak Djokovic might find it to maintain his number one ranking, tournament after tournament, I would warrant that he would find it significantly harder to reliably maintain a ranking of precisely 128. 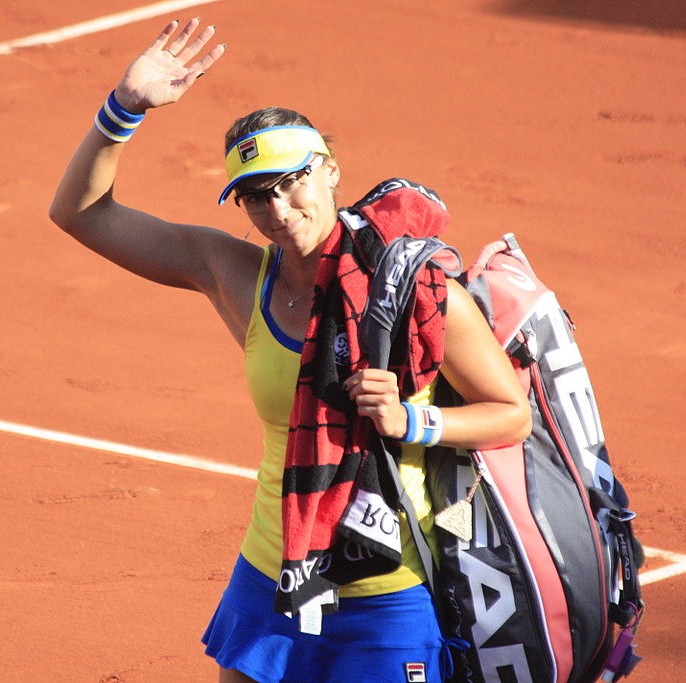 Although this millennium has yet to see any triple anti-champions, there is yet hope. Two of the nine players listed above – Yaroslava Shvedova and Annika Beck – are competing at Wimbledon this year. Or rather, they were competing, but they have actually already been knocked out in the first round. Obviously, this puts them both firmly on track to claim their third anti-title. In Beck’s case, if she were to become the anti-Wimbledon champion this year, she would actually achieve the impressive feat of holding three out of four anti-slam titles simultaneously, with only the French Open evading her (much as it did Pete Sampras).

So keep an eye on the second round matches between Kirsten Flipkens and Victoria Azarenka and Garbiñe Muguruza and Mirjana Lučić-Baroni. If Azarenka or Muguruza wins, then we remain on target to make history… and if both losing streaks can hold up until the final, we could be in for a thrilling showdown between two completely unrelated players to decide which of Beck and Shvedova will become the most unsuccessful grand slam player of the millennium. Sort of.

Grand slam anti-champions since 2000. Click the table to enlarge.

UPDATE: Since writing this article, I have discovered THIS PAGE, which lists all the men’s anti-slam champions from the beginning of the open era through to 2011. Turns out that two men on my list are anti-slam treble winners: Greg Rusedski, who ‘successfully’ defended the anti-US Open title in 1995, and Nicolas Lapentti, who won anti-French Open and anti-Wimbledon titles in 1996 and 1997 respectively.

THE RACE FOR AN ANTI-SLAM TREBLE

Annika Beck and Yaroslava Shvedova’s anti-progress through the tournament:

So neither Beck nor Shvedova managed to win a record breaking third anti-slam at Wimbledon 2015.

Both the men’s and women’s anti-champions were first time winners:

* Finding out on which court the match took place took me a ridiculous amount of time. To justify my efforts, please cherish this fact and share it with friends and family.

** Ideally, I would have gone back to the beginning of the open era in 1968, but I thought my time could be better spent doing… well, pretty much anything else really.

*** Fernando González had something of a roller-coaster in 2007. Alongside his two anti-titles, that was also the year that he reached his only grand slam final, at the Australian Open. He lost to Roger Federer.

2 thoughts on “The worst tennis players of the millennium”